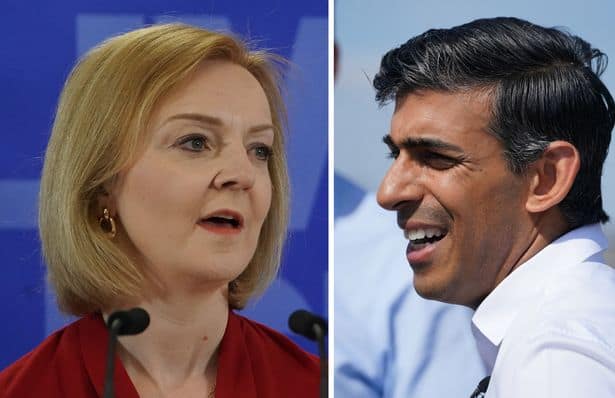 It was a day of huge symbolism in December 2019 when Prime Minister Boris Johnson arrived in the County Durham constituency which for years had been the patch of Labour premier Tony Blair.

Sedgefield was one of a swathe of ‘red wall’ seats where voters cast off decades of tradition to vote Conservative for the first time, ushering in an 80-seat majority for what seemed to be an invincible PM.

“I know that people may have been breaking the voting habits of generations to vote for us,” Mr Johnson said. “And I want the people of the North East to know that we, in the Conservative Party, and I will repay your trust.”

Fast forward to July 2022 – three years almost to the day since the phrase ‘levelling up’ was coined – and the slogan used to sum up his plan to spread opportunity to left-behind parts of the country in the North and Midlands is starting to ring hollow. The twin headwinds of the pandemic and the cost-of-living crisis – plus the constant whirr of scandal surrounding the PM himself – have understandably dominated the Government’s attention and left little bandwidth for the task of undoing decades of worsening inequality.

But as a recent report set out all too clearly, in many parts of the North the events of the last two years have actually set the cause back even further.

In figures which shame any developed nation, child poverty rates in the North East have soared from 26% in 2015 to 38% in 2021, despite falling in the South. After a pandemic which hit the North’s towns, villages and cities harder than those in the South East, the argument for taking strong, concerted action is more powerful than ever.

Mr Johnson has in the last two years named a key department after ‘levelling up’ and tasked one of his most able Ministers – Michael Gove – with delivering his agenda. Thousands of Government workers are moving to Darlington and Leeds from London and the North now has three low-tax ‘freeports’ on top of the £4.8bn Levelling Up Fund doling out cash for local regeneration projects.

But for the thousands of families across the North still held back by non-existent transport and a lack of jobs and skills, the idea that their communities are being ‘levelled up’ must seem almost laughable. So with Boris Johnson now on his way out and Michael Gove abruptly sacked, it’s all the more alarming to read multiple reports in the national press that the agenda could be junked by the next PM.

Though the two remaining hopefuls, Rishi Sunak and Liz Truss, have made many of the right noises about their commitment to the cause, it’s been far from a top priority in a debate largely focused on tax cuts and culture wars. Reports suggest that Tory strategists are worried the perception of favouring neglected parts of the North will cost them as they defend seats in the affluent South East from the Liberal Democrats.

But bridging the gap between London and the neglected regions is a job of decades and – if the example of East and West Germany is anything to go by – trillions, rather than billions of pounds. The aim is not just to apply a sticking plaster to the problems communities face in 2022 but to address why Northern towns and cities are more likely to face them.

At the heart of the issue is that the average Northern worker – for a whole host of reasons – is 50% less productive than one in London, a gap that’s widened rapidly in recent years.

There’s no escaping the fact that any leader serious about the task of bridging this gap will have to make hard decisions about where and how it spends its money. But new analysis by the IPPR North think-tank released today shows the gap in public spending between the North and the rest of the country has actually widened during the last three years.

The North deserves to know where the two contenders to be our next Prime Minister stand on these issues and whether they’re truly committed to the hard decisions necessary to end the status quo. And ahead of the first regional leadership hustings in the North this week, major news titles across our region today put the following five key questions to the two candidates:

We’ll publish the responses later this week. And with Labour making the case that they’re now the true party of levelling up, we’ll be asking them to answer too.

As Conservative members in the North of England weigh up who to choose as the next Prime Minister, they should be looking not just at who might help them win the next election but their vision for the North.

Rosie Lockwood, head of advocacy at IPPR North, said: “The North deserves nothing more than the next Prime Minister to step through the door of Number 10 and set to work unlocking its potential. Northern prosperity is national prosperity.”

Anything but full-throated commitment to this agenda would be a betrayal of the Northern voters who backed Boris Johnson in 2019. Worse than that, it would be an admission of defeat for the idea that everyone in this country should have a fair chance of success, no matter where they live.

* Sunak lobbies for support on Teesside