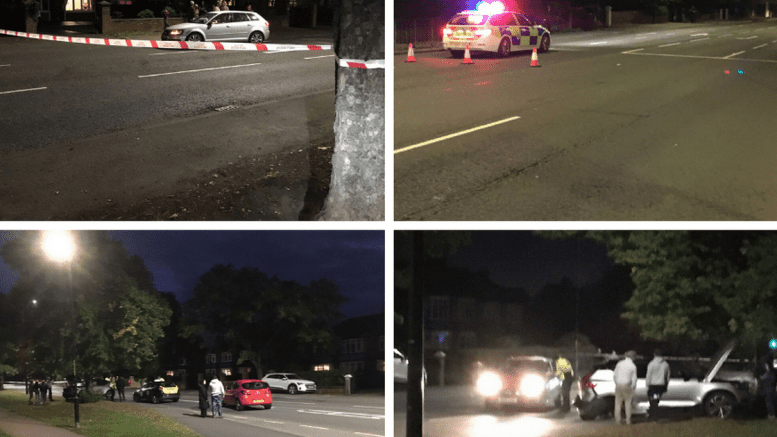 Emergency services were called on Friday night after reports of a four-car crash on a main road.

Marton Road, in Middlesbrough, was closed from Broughton Avenue to Broadwell Road, close to James Cook University Hospital and a cordon was erected around four vehicles around 7pm.

Witnesses said the crash involved a silver Volvo, red Vauxhall, taxi and silver Audi and said the Volvo was the most damaged. Pictures show Its bonnet open and a rear passenger door dented.

The cars were blocked off by red and white fire tape and a police were stationed at the scene around 8pm. Onlookers spoke to police at the scene and said traffic was being diverted through Easterside to go around the accident.

One eye witnesses from the scene, a 45-year-old man, said: “There’s one police car at one end of the cordon and another at the other end. Traffic is moving but it’s all being diverted through Easterside. There’s about 10-15 people stood around with some talking to police officers.”