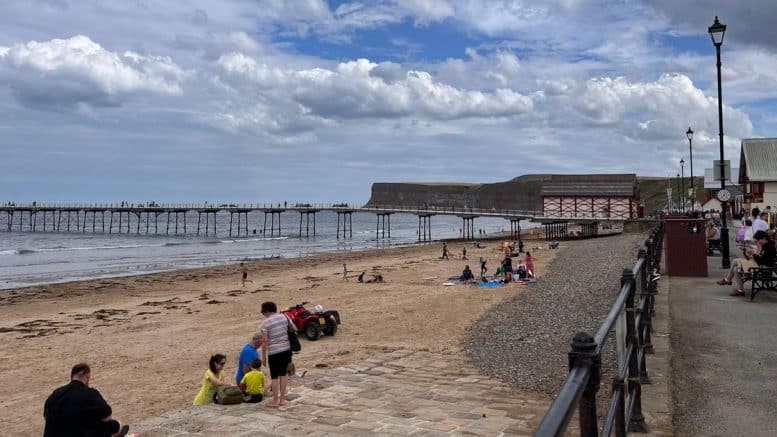 A group of environmental activists are organising a ‘human chain’ along the North East coast in protest of the toxic sewage being poured into our seas.

In recent months, the deaths of thousands of sea creatures, from crustaceans to seals, have raised concerns over water quality – especially those whose livelihoods depend on a steady flow of sea life.

Less than a week ago ‘do not swim’ alerts were sounded in some of the regions most popular beaches.

A group of concerned activists will come together to host a ‘human chain’ event along our shores, including Saltburn beach, on Sunday, August 28 from 11.30 am. The Reclaim Our Sea event wants to encourage people to ‘send a clear message to those in power that the blatant killing of our seas, ancient fishing industry and iconic marine creatures must stop’.

Those who attend will link hands as one, creating a wave motion, that will travel north to south along the North East coast. This show of support and solidarity aims to raise awareness of the pollution in local waters.

The protest’s organisers are calling for a halt to any further dredging until a cause of the ongoing marine ‘die-off’ is found, the reopening of the original DEFRA investigation – with it being carried out by independent scientists and an overhaul of the legislation relating to the sampling and disposal of dredged sediment.

If you are interested in participating you can learn more on their page, here.