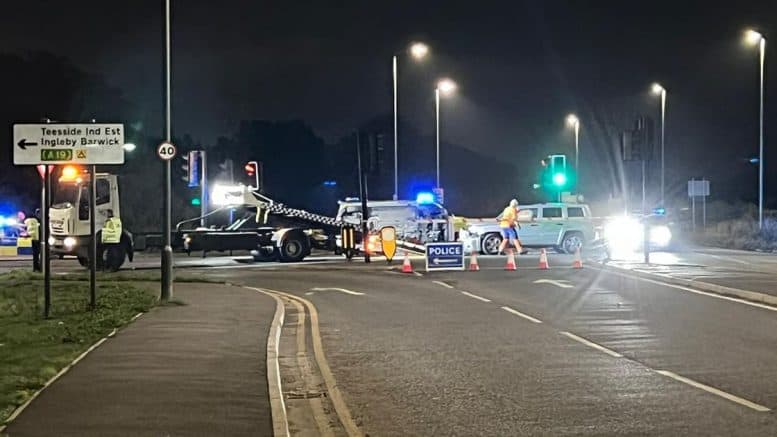 A road has been partially closed and a person has gone hospital after a crash on a key Teesside route.

Emergency services were called to a two-vehicle smash at Low Lane at the junction with Thornaby Road, near Ingleby Barwick, around 8pm on Thursday.

Police, ambulance and the fire brigade all attended and a section of road was closed as emergency workers dealt with the crash.

An eyewitness said at least one vehicle was left on its side in the middle of the road.

The right hand turn towards Thornaby from traffic travelling from Acklam was blocked off by a police car while a vehicle recovery truck was also present.

A North East Ambulance Service spokesperson said: “A NEAS spokesperson said, “We received a call at 8.09pm to reports of a two-vehicle road traffic collision at the junction of Low Lane and Thornaby Road.

“We sent one Hazardous Area Response Team who stood down at the scene. One patient made their own way to hospital and a second was discharged at the scene.”