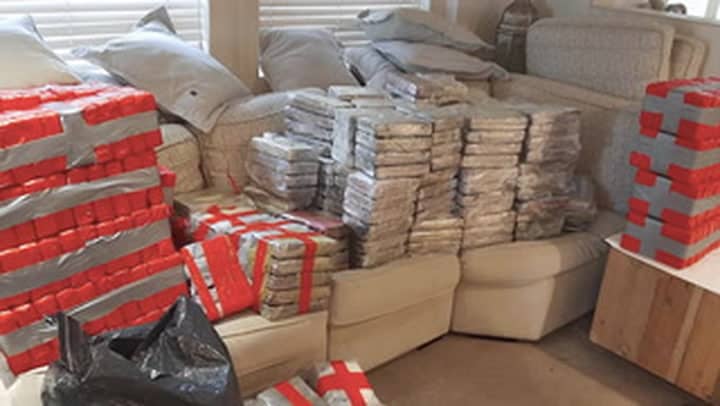 A Teesside cocaine smuggler who used a luxury yacht for a £160m cocaine plot has been ordered by the court to pay back £1.

Stockton man Andrew Cole was sentenced to 18 years in jail at Exeter Crown Court in May after admitting an attempt to smuggle two tonnes of cocaine worth into the UK aboard luxury yacht, Kahu. The yacht was stopped around 80 miles off the coast of Plymouth on September 9 last year.

The 33-year-old was found to be the link between senior members of an international organised crime group and a UK group expecting the arrival of the drugs. Cole, of Norton Road, has since been ordered to pay back £1 by Plymouth Crown Court within three months, with a serious crime prevention order (SCPO) being put in place for a period of five years from his release from custody.

READ MORE: Culprits ‘do a runner’ after car smashes into home feet away from festive singing kids

The SCPO aims to protect the public by “preventing, restricting or disrupting a person’s involvement in serious crime.”

The operation, which was led by the National Crime Agency and supported by Border Force and the Australian Federal Police, saw the Border Force Maritime Command’s 42-metre cutter ‘Searcher’ and 19-metre coastal patrol vessel ‘Alert’ covertly identify and monitor the movements of the yacht.

Cole admitted smuggling the Class A drugs in January, and five other men, the captain, and four crew members, were acquitted by a jury.

Cole was involved in planning the smuggling operation and travelled to Costa Rica and Panama in May 2021. In July he then flew to Miami, and the following day to Barbados, where the yacht arrived on July 29.

Cole had a Samsung mobile phone that he and the crew used to contact others during the yachts journey across the Atlantic Ocean. The phone’s messages showed the Kahu was to rendezvous with another vessel coming from Suriname, in South America, and take on the drugs.

His role on the boat was to ensure a safe reciept, passage and trasnfer of the cocaine to a crew from the UK, who would take it near the English Channel. He was listed as crew.

He provided further text updates to one of the organisers under the name of Carlos or Rembrandt – even saying he was looking forward to his return to “making you a proud boss” in another message as he prepared to arrive at UK shores. He added in the message that he and the crew were in good spirits.

Cole provided accomplices with a drawing to show how the transfer to the offloading crew would happen, and that he would go into the water from the yacht’s swimming platform to help. After the handover, Cole was planning to leave with the offloading crew and return to the UK while the boat sailed on to Rotterdam. When he realised a Border Force vessel was tailing them, a text message was sent from the mobile: “We are getting boarded.” The response, which was unread, said: “Throw satphones what you use. Throw all phones. Did you copy, throw all phones.”

A failed attempt was made to smash the phone, which provided a running commentary on the drug smuggling operation.

Specialist NCA and Border Force officers boarded the yacht, when it was just north of Guernsey, where they found the massive haul of cocaine. Cole was the only person to be convicted of smuggling the two tonnes of cocaine after five Nicaraguan co-accused were cleared.

Four sailors were acquitted by a jury of trying to bring drugs into the country before the authorities seized the yacht in the English Channel. A similar charge against a fifth defendant, was also dropped.