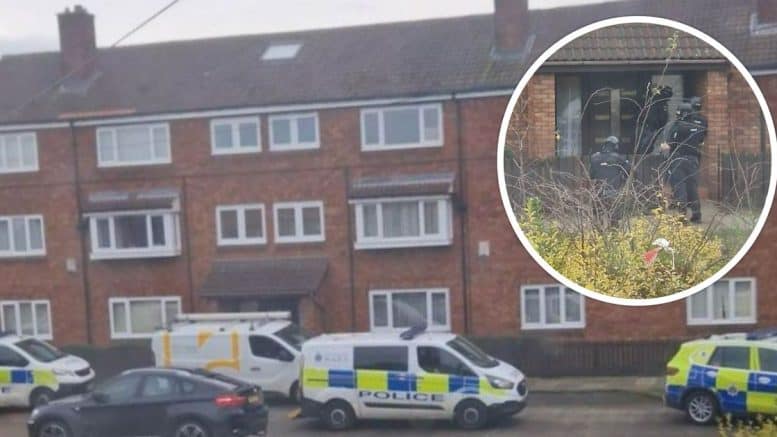 A man and woman are to appear in court over alleged attack which saw a man ‘shot several times with an air rifle’.

Armed police units descended on a Middlesbrough property on Langridge Crescent, Berwick Hills, following reports that a man had been shot with an air rifle.

Cleveland Police confirmed the man received injuries to his arm, hand, and back; these were not believed to be life-threatening, but further details about the injured man’s condition are yet to be released.

Pictures showed armed officers at the scene around 10.45am, with the force stating that two men, aged 38 and 42, and a 41-year-old woman were arrested.

The woman and 42-year-old man have now been charged with Section 18 assault, wounding with intent to cause grievous bodily harm, while the third person was released with no further action.

They were due to appear at Teesside Magistrates’ Court on Friday.